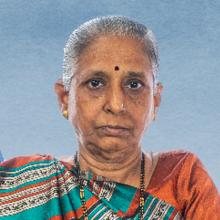 Mrs. Manjulaben, aged 67, is a mother to two daughters. In 2005 she suffered an injury to her left elbow which turned out to be the first of a long and devastating cycle of painful and disabling broken bones (fractures).

After her severe injuries in 2016, Mrs Manjulaben was bedridden for five months, completely disabled by acute back pain which made it impossible for her to perform any daily chores in the household. She was totally dependent on her husband for assistance.

In 2018, after re-fracturing her left wrist, she ended up with severe deformity and significant functional loss which continued even after surgical intervention.

Now, because of the many fractures, she is just able to walk a little with the aid of a walker and spinal brace. As well as being in constant pain, she is distressed by thoughts of being a burden on her family.

It was not until 2020 that Mrs Manjulaben became aware that the root cause of her multiple fractures is osteoporosis, the silent disease that causes bones to weaken and break easily. 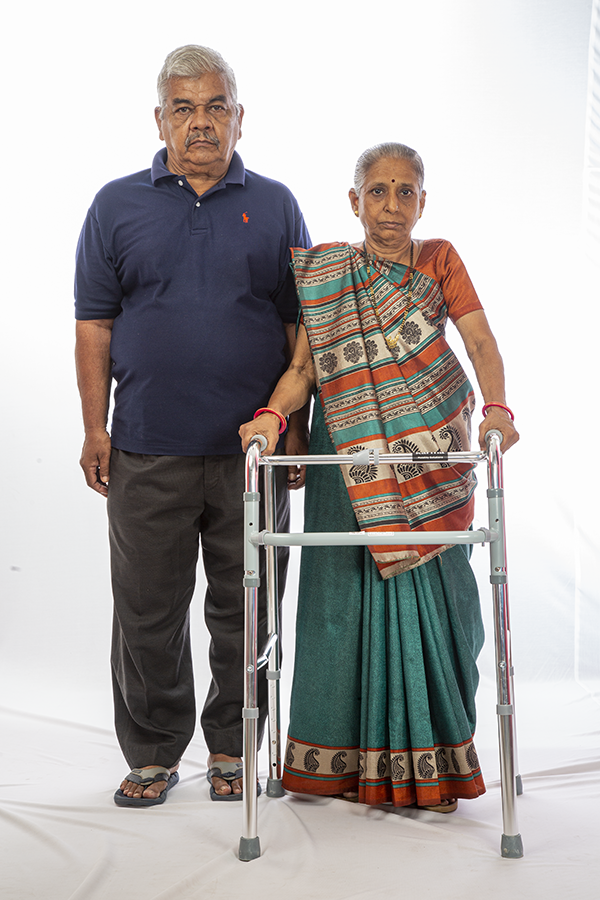 In May of 2020 she finally had a first DXA scan done, with results showing a left femur T-score of -4.0 (0.499g/cm2).  The DXA-FRAX Report indicated severe osteoporosis and the very high risk of more fractures – the probability of a major osteoporotic fracture was found to be 24.5% and that of a hip fracture 11.7 % within the next 10 years.

Having understood the severity of her condition Mrs Manjulaben and her family started taking measures to improve their bone health. She began treatment and follow-up under the guidance of a re-fracture prevention program (i.e. fracture liaison service as endorsed by the IOF Capture the Fracture Program). In June 2020 she was administered injections of Zolendronic acid, which she plans to continue taking every year. She is also on calcium supplements, vitamin-D, protein, and on Calcitonin Nasal Spray.

The targeted treatment has already resulted in great improvement in her pain level at the spine. Seeing this progress, the entire family is now motivated and convinced that Mrs Manjulaben must continue her treatment and maintain regular follow-up by her doctors.

Now, her family members realise that, had she been tested after the first fracture and started timely anti-osteoporosis treatment, her condition would not have deteriorated. She would have been spared so much pain and suffering.